Fabiano Luigi Caruana (1992-) is an Italian-American, well-known chess player. A chess prodigy, he received the Grandmaster title at the age of only 14 (2007), making him one of the youngest grandmasters. 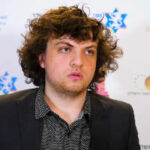 Is Hans Niemann the second-best classical chess player of 2022?

Imagine a ranking system in which defeating the World Chess Champion trumps other considerations. In this system, Hans Niemann would be #2 for 2022. Niemann is the only player with a classical chess win over World Chess Champion Magnus Carlsen. This imaginary system is more like sports rankings than chess rankings and is loosely based on the Morphy number. More 🡢 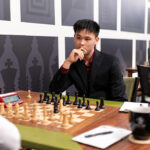 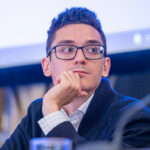 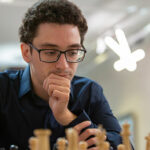 From April 18–29, 2022, the Saint Louis Chess Club held the American Cup. The tournament’s format was a rare one for chess: double elimination. With $300,000 in prize money on the line, each game counted. More 🡢 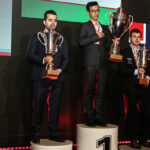 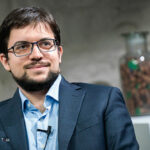 Sacrificing a queen is rare in chess games. Since the queen is the most valuable piece, giving her up for lesser chessmen or for an attack is difficult to contemplate. Within the last two months, two top-level chess players have sacrificed their queens. More 🡢