Sabina Foisor (1989-) is a Romanian-American chess player who earned the title of Women’s Grandmaster (WGM) in 2008 and Women’s World Chess Champion in 2017.

In the 60 U.S. Women’s Chess Championships held between 1937 and 2020, there have been 148 competitors. Of those, 29 have earned the title of U.S. Women’s Champion. This article provides some facts and graphics about those participants and champions, plus a link to crosstables. More 🡢 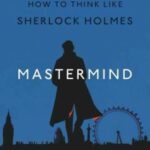 There was a triple dose of Sherlock Holmes and chess at US Chess in December of 2020. On December 10, 2020, the 2017 U.S. Women’s Chess Champion Sabina Foisor appeared in the Girls Club to discuss Sherlock’s Method: The Working Tool for the Club Player, written with Grandmaster Elshan Moradiabadi. The December Ladies Knight podcast featured Maria Konnikova, author of Mastermind: How to Think Like Sherlock Holmes. On December 18, The Madwoman’s Book Club discussed Konnikova’s book, with Konnikova herself appearing in the first 10 minutes, and retrograde analysis. More 🡢

This is the endgame between two strong German chess players, Siegbert Tarrasch and Max Kurschner, in Nürnberg, 1893. With a surprising sacrifice, white won in two moves. Can you find Siegbert's moves? END_OF_DOCUMENT_TOKEN_TO_BE_REPLACED