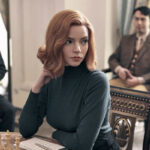 The Queen’s Gambit and Critical Thinking

I first read The Queen’s Gambit when I was a teenage chess expert, a lesser prodigy than the book’s main character, Beth Harmon. I noticed that what happened to Beth had happened to me too. Like Beth, I had been told that “Girls don’t play chess.” More 🡢 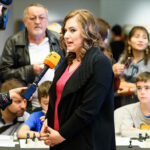 Participants from more than 50 countries are expected for the 2019 London Chess Conference, coming up November 30-December 1. There is still time to register. The day after the conference ends, the London Chess Classic begins. The London Chess Classic features some of the best chess players in the world, headlined by the current World Chess Champion Magnus Carlsen. More 🡢 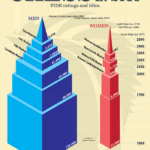 Have you ever wondered just how many chess players are in the world? How many of them are women? And what’s with all the titles like chess master and international master? Who is the top chess player ever? More 🡢 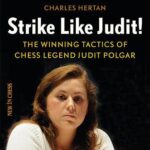 Although Grandmaster Judit Polgar retired from playing top-level competitive chess in 2014, she is one of the game’s most active promoters. On October 13, 2018, the second Saturday in October and thus also National Chess Day in the United States, Judit and her sister Sofia will give a simultaneous chess exhibition (a “simul”) as part of the Global Chess Festival. More 🡢

A nice online chess puzzle, a game from Judit Polgar vs. Hakan Windridson. White to move and win in 3.