This puzzle is from a game of Adolf Anderssen vs Ernst Karl Falkbeer, Berlin, 1851

White to move and win in 3. 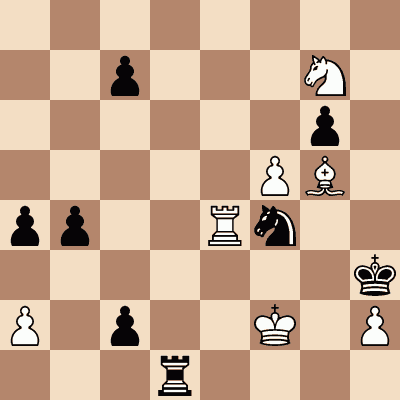 Karl Ernst Adolf Anderssen (1818-1879), German chess master. Is considered as leading the world of chess between 1850 and 1860. An important figure in the development of chess problems.

Ernst Karl Falkbeer (1819-1885) born in Habsburg  Austria. Chess master and journalist. Is well known not for his individual play but for his contributions to the chess theory.