Infographic: Countries With Most Chess Grandmasters

Thirty-two SparkChess readers had questions for chess coach Elliott Neff. Alexey Root chose the best ones and Elliott has the answers. All five readers received one-year Premium Live SparkChess memberships. Read on to find out which of the five also won a one-year Chess4Life Online Premium membership. More 🡢 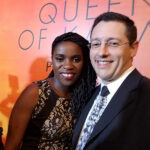 Prizes for your questions for chess coach Elliott Neff

The “ask a chess celebrity” winners are…

SparkChess readers had questions for chess IM John Bartholomew. We decided which questions were the best ones. All five readers received one-year Premium Live SparkChess memberships. Read on to find out which of the five also won a three-month PRO membership to Chessable and for John Bartholomew’s answers. More 🡢

Prizes for your questions for chess celebrity John Bartholomew

Football, Basketball, and Chess… and YOU could be a winner!

Unlike many U.S. universities, The University of Texas at Dallas (UTD) does not have a football team. Instead, UTD has a chess team. In 2018 Final Four teams of the Pan-American Intercollegiate Team Chess Championships are Webster, Saint Louis University, Texas Tech University (TTU), and The University of Texas Rio Grande Valley. Can you predict the order of finish of the four teams and the game points scored by the winning team? Ten Premium Live one-year memberships to Spark Chess will be awarded to participants in this contest. More 🡢

This is the endgame between two strong German chess players, Siegbert Tarrasch and Max Kurschner, in Nürnberg, 1893. With a surprising sacrifice, white won in two moves. Can you find Siegbert's moves? END_OF_DOCUMENT_TOKEN_TO_BE_REPLACED