This puzzle is from a game in New York, 1887, between two well known chess masters, Wilhelm Steinitz and Albert Hodges.

Steinitz, with white, moves and wins in 2. 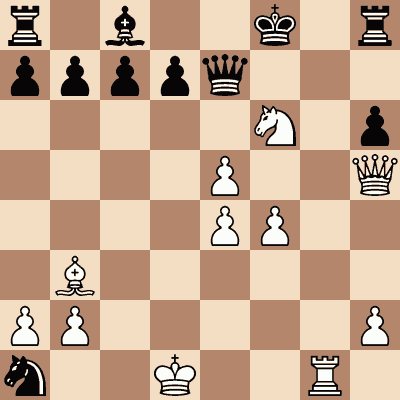 Albert Beauregard Hodges was a well known American chess master. In 1894 he became US Chess Champion and decided to retire from the competitions. In addition to this,  his accession to fame was playing inside Ajeeb, the XIXth century automaton.

Wilhelm Steinitz (1834-1900) was an Austrian and later an American chess master, the first World Chess Champion between 1886 and 1894 when he lost the title to Emanuel Lasker.