This puzzle is from the chess game between Győző Forintos and Boris Spassky, Leningrad 1960.

Black to move and win in 3. 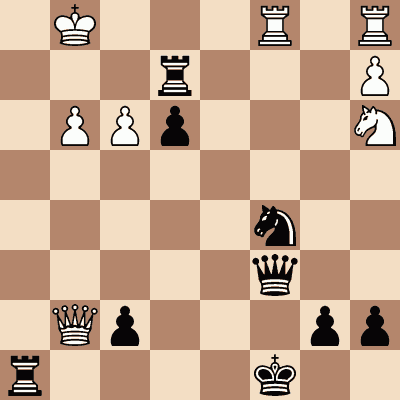 Boris Vasilievich Spassky (1937-) is a Russian chess grandmaster. He was World Chess Champion between 1969 and 1972.

Győző Victor Forintos (1935-) is a Hungarian chess master and economist. He was the national chess champion in 1968.