The endgame between the German Bernhard Horvitz and the English chess player Howard Staunton, London 1846.

Black moves and wins the game in 3. 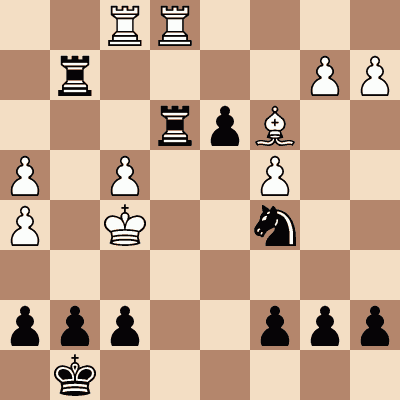 Bernhard Horvitz (1807-1885) is known as a German chess master and chess writer belonging to "The Pleiades". Generally he wrote about chess endgames in collaboration with Joseph Kling.

Howard Staunton (1810-1874) English chess master, considered the strongest player between 1843 and 1851. As a chess promoter he imposed the Nathaniel's design for the chess pieces, known even today as Staunton pieces.